Fires Rage in California, Is there an End in Sight? 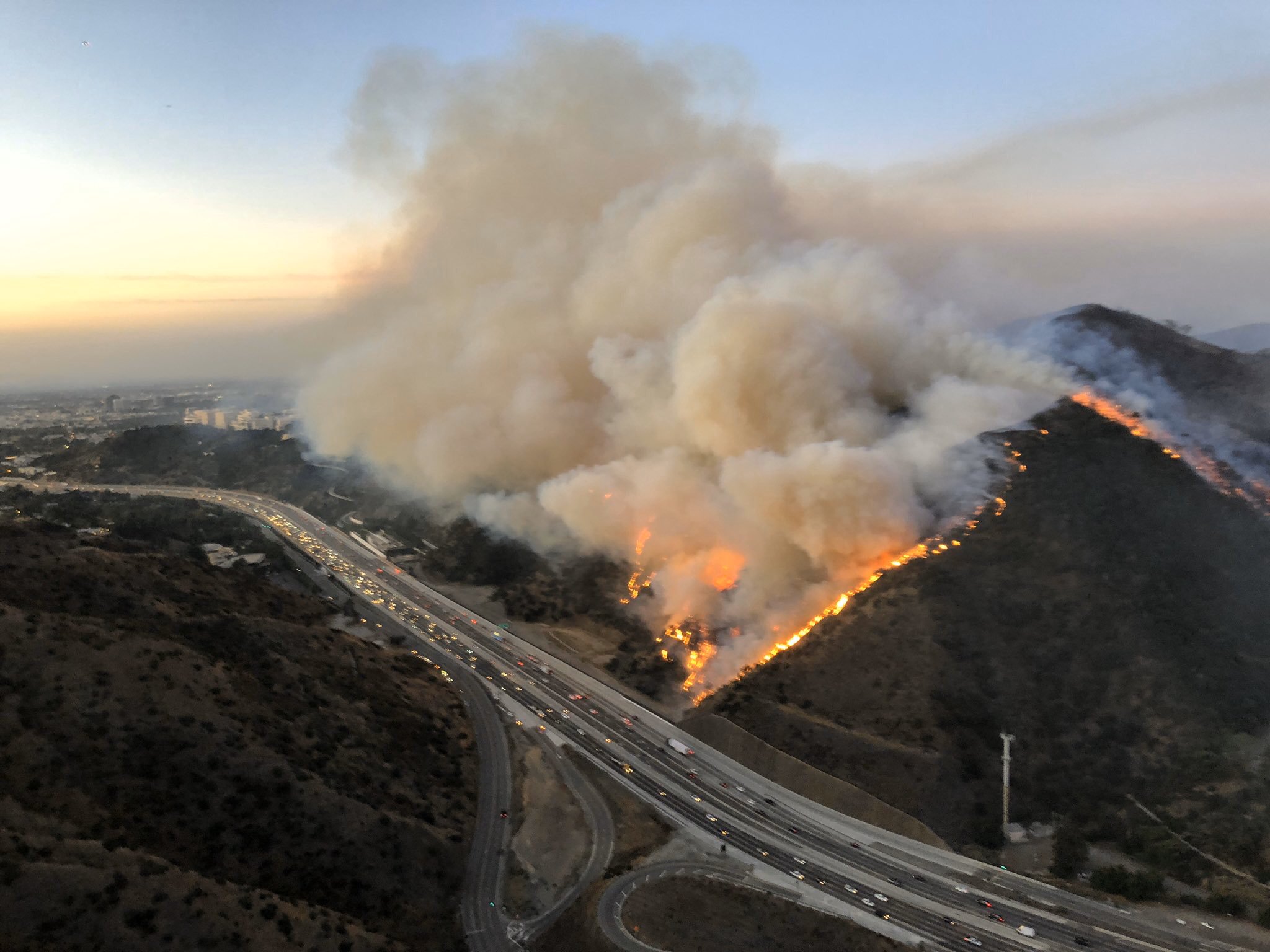 Brutal week weather wise in California. As suspected last week, the winds/hot temps and low humidity have affected the state in biblical proportion producing major fires all over the state. Currently,  please click this link  to get all of the information for all of the current fires burning in California from Cal Fire: https://fire.ca.gov/incidents/

Between the Kincade fire in NorCal and the Getty Fire right in my backyard in Los Angeles, it has been a trying few weeks and a difficult day today. For those that are hoping the fires/wind are gone for good, I have some bad news. 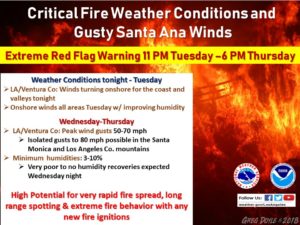 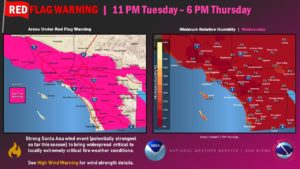 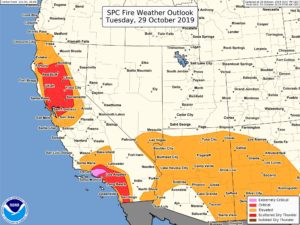 If you are not prepared now, be prepared. Hurricane force winds could hit SoCal starting tomorrow night through Wednesday. Fires will occur again….it is just the way of life now. It is the norm.  If you live in the brush area or near the brush area, get an evacuation plan now. As pressure gradients begin to shift onshore tonight and into tomorrow, another dry very cold system will slide down California and build extreme pressure gradients at the surface Tuesday night into Wednesday. A major offshore wind event (Santa Ana’s) will occur and it will be on major steroids.  The upper jet appears very strong with this system, and will be a lot stronger than the winds we had last night.  See the below illustration from the NWS in Sacramento on the how the Santa Ana’s will setup Wednesday/Thursday: 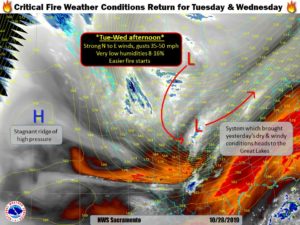 As you can see, the high pressure ridge that is on the above illustration,  has been parked there for weeks. When a low pressure from the great basin drops down, and the pressure gradients go to the High pressure, you get Santa Ana’s. I discussed this on my last post discussion last week, and how the west coast is experiencing meridional flow due to the high pressure sitting off the eastern pacific, which is why Utah & Colorado are getting major snow currently, and California is literally on fire. Will this change and if so, when?

Extended Forecast – Looking at the medium range models, I don’t see any major Santa Ana wind events setting up. On the flip side, I also don’t see any rain until maybe the middle to the end of November. Hot and warm/dry weather will dominate the west coast weather, but with cool nights. For what it is worth, below are the Euro’s long range model, the EPS and the CFS for the middle of November, subject to change: 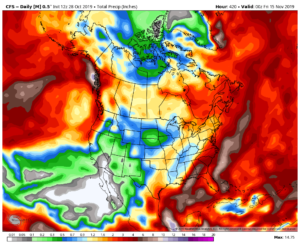 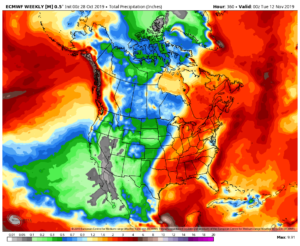 As you can see, it looks as through the high pressure breaks down around the middle of the November, as the precipitation charts show some green stuff on them for California. LOL. Do your rain dances! As for the East Coast and Midwest…..this could be their year to get pounded with heavy snow if this pattern occurs more often than not. Currently New York has been getting major rain storms every 2 to 4 days, as the ridge of high pressure on the West Coast is dominating the weather throughout the country.

Winter Outlook – A lot of you have asked me on my prediction. After today, I would say California is in another drought and we will have a bone dry winter. However, I have more hope that things will turn around. I will make my prediction for the winter this weekend.

Be safe and prepare. Next update on Wednesday!!!