Record Hot Temps Hit So. Cal…..When will it end??? What does the Winter look like in So. Cal? 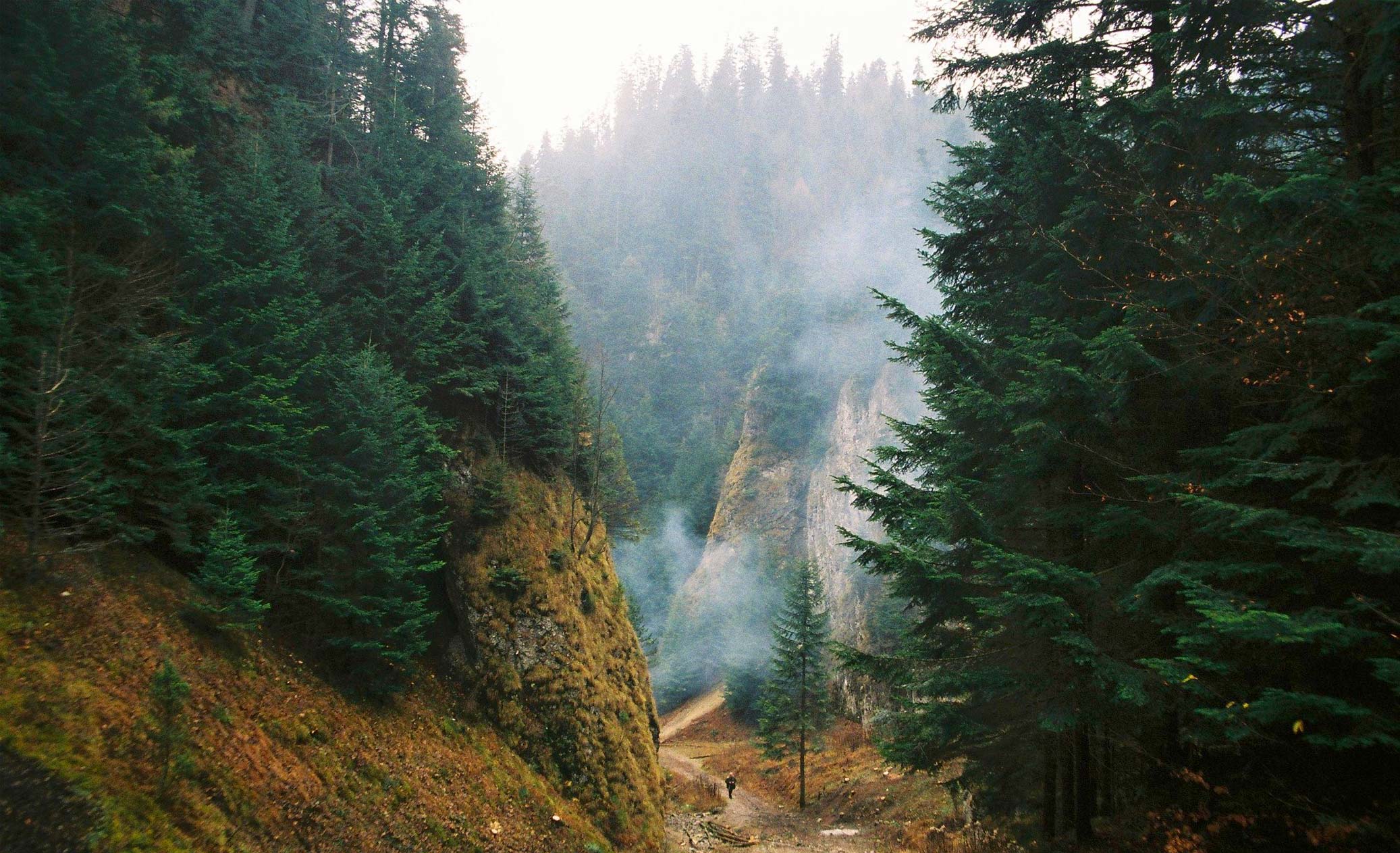 Lots going on weather wise, as Southern California is experiencing record hot temps, red flag warnings, and fire weather watches. At first pitch tomorrow for the Dodgers-Astros World Series game, it will be 100+ degrees. This will be the hottest temperature ever recorded for a World Series game. I will focus most of my discussion tonight for the Southern California/California region through the week 2 period:

The Madden Julian Oscillation “MJO” (http://www.bom.gov.au/climate/mjo/) is indirectly responsible for the ridge developing over the west coast. As you can see in the MJO link above, when the MJO is in region 6 through 8, the West Coast gets extreme high pressure and hot weather. As a result, it has amplified the high pressure ridge over the far west with a record-breaking October heat wave in parts of California, especially Southern California.  In addition, the MJO has enhanced the PNA index (Pacific North American Teleconnection Pattern http://www.cpc.ncep.noaa.gov/products/precip/CWlink/pna/pna.shtml). When the PNA Index is positive, like it is right now, it normally takes 10-14 days for the climate pattern to flip……either to neutral or to negative. In a positive PNA phase, this happens: 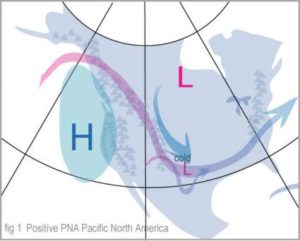 Currently, we are 1.5 degrees above deviation for the PNA index, hence, it is strongly positive.  Case in point, the northeast has been soggy and wet for the past week, with normal to below temps. You can follow the link above to see what the forecast models project as to when the PNA goes back to neutral. I don’t see the index or the high pressure ridge in the West to really breakdown until Halloween. Until then, 100s in LA, then by Thursday of this week, look for high 80s and 90s in the LA area. The marine layer will be practically gone from the coastal beaches, as offshore winds rule the roost until later this week. Very hot temps and 15 to 20 degrees above normal temps for the forecast for the foreseeable future, with SINGLE DIGIT RELATIVE HUMIDITY.  Not good if you have sinus issues. Moving on, the Climate Prediction Center confirms what I am seeing. See the 6 to 10 forecast below.

Looking beyond the next week, the week 2 period for the first full week of November looks a bit different, as we might see a shift in the long wave pattern in the pacific. The PNA index might shift to neutral or slightly negative, which will  flip the pattern. Colder air on the west coast, and high pressure/warm air on the east coast. See the American Model  (GFS) forecast for the week 2 period: 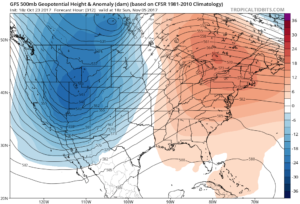 A lot of you have asked me what the winter is going to bring on both coasts of the country. When I look at forecasting the winter, I always look at the SST (Sea-Surface Temps). If you were to compare the SST from 2016 to 2017 for this time period, there is a big difference from last year to this year, for the same time frame:

As you can see comparing the two images, 2017 is completely different than 2016. In fact, there is a weak/moderate la nina brewing off the of the coast of South American/Chile. In fact, there is a massive amount of cold water propagating westward from South America, which was not the case in 2016. Furthermore, there is a pool of warm water by the Aleutian islands, which indicates that the dreaded BLOB of warm water might be trying to form AGAIN. The BLOB is what gave California and the West Coast 5 years of drought, as it created a huge high pressure dome in the eastern pacific ocean, and blocked any significant storms for 5 years. Moving forward, if the current SST continue on their current course, I believe that California and the west coast for that matter will have a below to dry winter. I predict that Southern California will continue for a 6th year of drought, as cities south of Pt. Conception will experience 50% of average median rain fall, as north of Pt. Conception will be 70% to 80% of normal rain fall/snow fall. Temperatures, however will be volatile due to the La Nina conditions in the tropics. Cold air will effect California and the West from the end of November through January/February, with moderate temps from the end of Feb through May, as the La Nina dissipates in the tropics. More on this later as the SST come into shape, and I will give my East Coast forecast, which if the data I am looking at continues, it will be a MISERABLE winter in the northeast. More on that later, as we need to get through the current extreme heat in So Cal.